When engaged in 2014, this primarily pediatric dental office was very busy but suffering from a lack of organization. There was no definitive infrastructure in place. While employees seemed to know their roles and responsibilities, there was nothing in writing and chaos and confusion reigned. During the first three months, focus was placed on a re-write of the Employee Manual, building consensus around job descriptions, and daily, weekly, and monthly tasks were allocated accordingly.

As these and other structural issues were addressed, concurrent work on protocols for scheduling for production, collections, case presentation and many other areas were addressed. Morning huddles became routine and consensus around goals and Key Performance Indicators was achieved.

The results, while slow to advance early on, were nothing short of astonishing. Revenue grew from $65K per month to $150K per month within a year. Expansion of other disciplines including orthodontics and oral surgery accelerated growth over the next few years. The only marketing at the time was internal, word of mouth!

In the next few years, growth was accelerated by adding 5 new chairs (profit centers) expanding orthodontics and adding general dentistry. This practice grew from $750K per year to nearly $2 million in revenue today.

A solo dentist’s wife approached me and said, “My husband (a dentist) works full-time but barely makes enough money to pay the bills for the practice. What is he doing wrong?”

As these and other structural  issues were addressed, concurrent work on protocols for scheduling for production, collections, case presentation and many other areas were addressed. Morning huddles became routine and consensus around goals and Key Performance Indicators was achieved.

After a comprehensive assessment, it was determined that the dentist was NOT a businessman. He loved dentistry and his patients, but he was not paying attention to his practice as a business! He was NOT collecting copays or fees even for cash patients but was sending statements only!

The first actions taken were to re-train staff, who did not understand how to ask for payment, and patients who were not prepared to pay for services as they were rendered. After about 3 months, collections doubled, and the practice began to prosper.

A large multi-specialty dental practice (16 operatories) with a 60% Denti-Cal population was having difficulty managing and maximizing its production opportunities. The potential for sustainable growth was not being identified or addressed. During the engagement with Harris Dental Solutions, the practice was organized with four unique silos or production pods. Each pod had its own assigned team, huddle, and daily goals. Each team had a receptionist, dentist or specialist and dental assisting team. central sterilization was expanded, and dedicated hygiene was established.

Coaching the independent contractor dentists and specialists was the next order of business. The dentists and specialists were not properly incentivized. Contracts were initiated that de-emphasized daily guarantees in favor of production-based compensation. Over the next year, with weekly reinforcement and continual training production and revenue increased by over 30%. 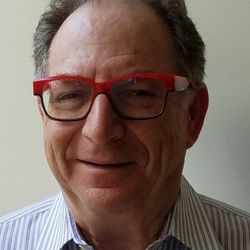 Your Review has been successfully received.

Sorry!!! Currently unable to service your request.Please try for a different service or location